Posted at 09:36h in Social Media by Pete Loughlin
1 Like
Share
Imagine if a stand-up comic, trying to promote him or herself tweeted: “I’m really funny. Follow me”. It doesn’t work does it. For social self-promotion to work for a comic they have to tell jokes. They have to perform, on-line, for free! If they are funny, people will retweet and they’ll grow their audience, and they’ll get more retweets and more followers and, if they work hard at it they’ll sell out venues because they’ll have built up a huge on-line audience that they can market to. That’s how twitter works and there’s a lesson in this for all of us. It’s part of the answer to the question - “What can twitter do for me?”
Read More

Posted at 12:20h in BPO, News, Shared Services by Pete Loughlin
1 Like
Share
The fortunes could be mixed for Europeans working in IT and finance according to new research by The Hackett Group. Large companies in Europe are now losing over 130,000 jobs each year in these disciplines as well as in other key business services areas. This, Hackett claims, is due to the combined impact of offshoring, technology-driven productivity improvements, and the low-growth business environment. While they reckon that the number of jobs being lost will decline over the next few years, they estimates that by 2017 nearly half of all back office jobs that existed at these companies in Europe in 2002 will have disappeared, a total loss of 1.9 million jobs. But the picture gets worse when you factor in the latest IMF growth assessment.
Read More

Posted at 09:09h in AP Automation, e-invoicing, Electronic Invoicing by Pete Loughlin
1 Like
Share
It depends how you interpret e-invoicing. In its EDI guise it’s been around for over 20 years but its modern incarnation, XML data transported over the internet, grew out of the dot com boom of the late 1990s so which ever way you look at it, e-invoicing has been around for more than a decade. And we’re now moving into a new era. Its take up has grown to an astonishing level partly due to mandates in various parts of the world and partly because, frankly, it’s a no-brainer.

When a technology is new and untested, there is a natural and pragmatic suspicion that prevents widespread adoption. We have, collectively, had over a decade to understand how to get it right. For established electronic invoice programs, they have had time to iterate and refine and for those just embarking on the e-invoice journey, there are well-established paths to follow. There is no need to create methodologies from scratch, no need to reinvent the wheel. Even the business case is simple because it can be based on others’ experience, not some theoretical savings exercise. The latecomers have got it easy and that’s great for everyone. So where can you access sources of best practice? How can you get at the experience of the last decade or so?
Read More

12 Aug Will electronic invoicing create a boom in printer sales?

Posted at 14:09h in AP Automation, e-invoicing, Electronic Invoicing by Pete Loughlin
1 Like
Share
Moving away from paper invoicies to electronic invoices isn’t just about delivering business efficiency and the automation of business processes. It’s as much about eliminating paper and saving the planet – right? And in places like Mexico where e-invoicing is soon to be compulsory, we should see a dramatic improvement in the carbon footprint of finance departments all over the country shouldn't we?. What will happen to printer sales? Will printer manufacturers go out of business? And what about print supplies? It’s ironic but, as a direct result of the introduction of mandated e-invoices, there may well be a boom in printer sales in Mexico.
Read More 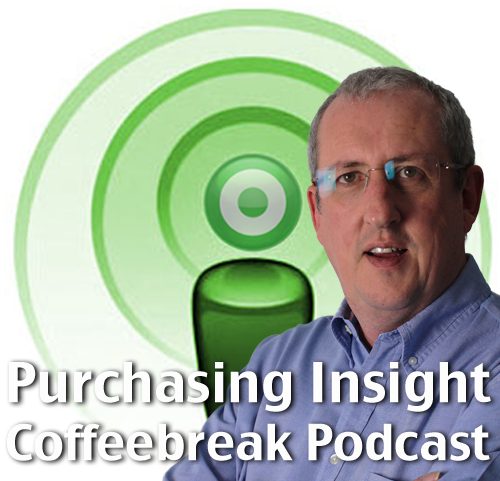 Last week I met Ed Berger for the first time. It was gratifying to find out how much we had in common. We've both been operating in the same P2P space for longer than we'd care to admit and it is always interesting to compare notes with people with a similar heritage. Ed heads up the sales function at Nipendo but he's not what you'd expect from a sales guy. Very much the expert consultant, it is clear that he is passionate about his role. We chatted for about 20 minutes explaining to one another how we ended up in B2B technology and discussing how the predictions of 15 years ago are only just beginning to materialise. You can listen in to the edited version of the conversation by hitting the play button above.
Read More

Posted at 09:43h in AP Automation, e-invoicing by Pete Loughlin
1 Like
Share
Tradeshift launched their new website last week. I’ve been looking forward to it for some time. Having seen some the forward developments of the Tradeshift platform I was keen to see how the look and feel would materialize in a live environment.
Read More