01 May 2014 UK Government confirms its commitment to e-invoicing 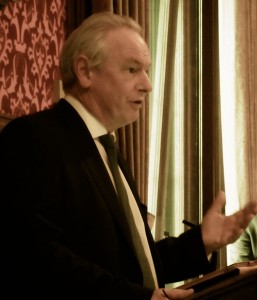 It was announced yesterday that the UK Government will be fully supporting the introduction of electronic invoicing in public sector. Speaking at the launch of a Parliamentary Report: ‘Electronic Invoicing – the next steps towards digital government’, Francis Maude, the Minister for the Cabinet Office, expressed with enthusiasm his commitment to see the use of e-invoicing as part of the UK’s ‘Digital by Default’ agenda.

The venue for the launch of the keenly anticipated report was the Strangers Dining Room in the Palace of Westminster, London. I was amongst a group of about 50 people, experts in electronic invoicing from both public and private sector, who listened with some excitement to the strongest endorsement yet by a UK Government Minister of a policy to see payables processes in public sector automated in order to liberate, an estimated £2 billion per year. And despite the wealth of expertise in the room, we all would have struggled to articulate the opportunities with greater clarity than Francis Maude.

It’s the second time in a couple of months that I’ve met Mr Maude and I’ve been impressed with his depth of understanding for such a specialist area. He described how in the UK ‘We’re pretty bad at our back office processes. Which is a big improvement – we used to be appalling’.

The new report launched yesterday was sponsored by Stephen McPartland MP and its development was supported by MasterCard. I have to say that it is one of the best reports on this topic that I have seen. It is both authoritative and accessible and is absolutely required reading for anyone with an interest in the electronic invoicing marketplace – not just in the UK and not just in Europe, but globally.

You can download the report now, for free, here.