The history of average and why we need ergonomic business processes

I’ve learned over many years that when faced with a complex problem there is always a very simple solution that is wrong. There’s a standard approach to everything that will not work most of the time and one size fits all never quite fits. Relying on an average is like relying on a stopped clock – it is very accurate twice a day but it is nearly always telling the wrong time. 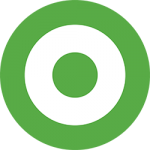 We all know what average is and we all use average as a handy device to simplify complex set of data. But we misuse averages in many ways. We use average height and weight to describe the “ideal” body shape. Very odd! We try to predict the future based on the average of what happened in the past. This is guaranteed to be wrong. And we refer to the “average man in the street” – who, by definition does not exist. In the same way, standard approaches to tackling business issues are shoehorned into place in circumstance where they can never work and we wonder why things go wrong.

The “average” is, surprisingly, quiet a new concept. It was a mathematician by the name of Quételet who introduced it to the world. Although astronomers had for many years used averages to iron out the measurement made by imprecise instruments, it was Quételet that popularised it. His measurements of over 5,000 Scottish soldiers was used to define the “true” size of a soldier’s chest – 39 and three-quarter inches. He became very influential and inspired by his work Abraham Lincoln ordered a study of the Union army in order to design better weapons, a better fit for uniforms and more appropriate rations that would be suited to the average soldier. These measurements continued to be used into the 20th century to design cockpits for the average pilot and it was not until WWII, when there was a spate of fatalities amongst trainee pilots, that aircraft designers began to realise that the average pilot did not exist and the concept of ergonomics was born.

Imagine if there was no such thing as an adjustable driving seat in a car. Most people would have great difficulty driving safely and there would certainly be many more road traffic accidents. This is what it must have been like for the pilots who were making split second life or death decisions in an environment built to suit somebody else.

And you can probably see the connection I’m making with the implementation of business processes. So many times we see decisions being made by a senior team that is remote from the business that simply doesn’t fit in the real world. Driven by the doctrine of standardisation, process get squeezed into an idealistic but unrealistic view of the world like squeezing a pilot into an undersized cockpit.

There’s lots of examples but no P.O. no pay is one of the most common. Procurement and finance teams are equally guilty of oversimplifying this. Common sense says that if there’s no PO then don’t pay. Suppliers will soon learn. It is a blanket rule that is to be applied universally but there are two things wrong with this approach. Firstly, directing ire at suppliers is pointless. It is poor P2P practice that leads to deliveries without a P.O. and symptomatic of poor practice in the buying organisation rather than the supplier. Secondly the rule implies that orders with an official P.O. can never happen. In the real world they just do. Of course, most of the time there should be a P.O. but exceptions need to be accommodated because not everything is the same.

Business is complex and rather than simplifying with artificial notions like “average” we should embrace the complexity of the real world and adapt or solutions accordingly. Ergonomics, the adaptation of a user environment to suit the individual needs of the user, is no less relevant to business process as it is in the cockpit of an aeroplane.

Respect to 99% invisible for inspiration