The fundamental components of Purchase to Pay

31 Mar 2014 The fundamental components of Purchase to Pay 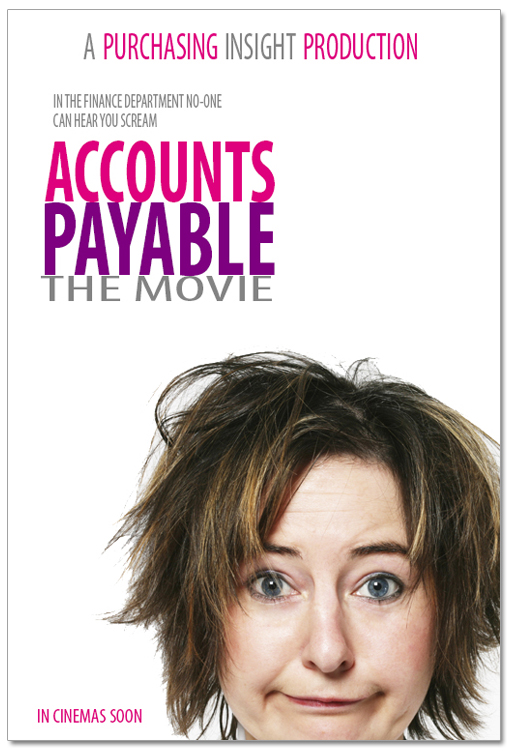 So who would you cast the AP protagonist? Who could embody accounts payable?  Are they young or old? Male or female? Are they attractive or plain? Sexy? Heroic? Timid? Tall? Short? What does a stereotypical AP person look like?

A little bit crazy to say the least. It’s true, AP people are nearly always women and nearly always wired in a way that the rest of us don’t understand. They memorize dozens, sometime hundreds of account numbers, cost centers and general ledger codes and they get pissed off when the rest of can’t remember them all too. But contrast that with the stereotypical purchasing person. How would finance people cast a procurement person in the movie?

It would certainly be a bad guy. No doubt about that. Not the most sophisticated group, procurement “professionals” (as they like to call themselves) strike fear into the hearts of many suppliers. They use blunt weapons to beat suppliers up and see it as sport to get bigger rebates and better discounts even from small financially vulnerable businesses.

Now before I alienate the entire Purchasing Insight audience, I should swiftly point out that these stereotypes are entirely unfair. They are caricatures but while they don’t remotely represent the reality of what purchasing people and AP people are like, they do represent, albeit in an exaggerated way, the views that finance and purchasing people have of each other.

It’s well known and well understood that it’s a good idea for finance and procurement people to collaborate for the common good but despite that, it remains a rarity that true collaboration exists. And it’s essential. Purchase to Pay – by definition – spans the spectrum of processes from purchasing to payment. To implement it fully, it needs to be approached in an holistic way and that means a full contribution from both finance and purchasing. But regrettably, the traditional adversarial behaviors often persist. Usually it’s because the relationship between the two functions is built on a foundation of mistrust and like any relationship, trust is a fundamental component. Without it, the relationship will inevitably fail.

There are lots of ways to approach Purchase to Pay, many examples of best practice that can be drawn upon but they are useless if the relationship between finance and purchasing isn’t working properly. It is critical that there is mutual trust, mutual respect and and a shared agenda – without that, a purchase to pay program is, frankly, futile.