I was excited to read about Alusta last week – the end-to-end framework or platform that Basware have developed for their procure to pay offerings and I was keen to understand a bit more about it when I hooked up with Juha Häkämies VP Market Development, Rowan Lemley, product Marketing Manager and John Webster, VP Global Product Marketing

What is Alusta exactly? Is it the purchase to pay panacea or simply vaporware – a new marketing spin on an old set of products?  Actually a bit of both – but in a good way.

Alusta could be seen as a little over ambitious. If you were running a global organization and you had a blank sheet of purchase-to-pay paper, you could do a lot worse than select Basware. With mature offerings across the whole purchase to pay spectrum now on a single platform, (Alusta is Finnish for “platform”), it would be a no brainer. But, unfortunately for Basware, there is no such thing as a large global organization with a blank sheet. They don’t exist. They all have legacies that need to be accommodated. Their ideal customer is a fantasy.

Basware appears to be attempting to boil the ocean with Alusta – but that’s just the first impression.

When you think of Alusta as a product it does look overly ambitious – but it’s not a product. Neither is it just a platform. It’s an approach, a philosophy, a road map. 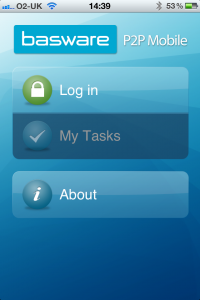 The trouble with purchase to pay is it’s nebulous. It’s really hard to define accurately. It consists of a complex set of individual components – some technology, some process, some regulatory. They are each discreet but all interlinked. They only way to effectively manage purchase to pay is to take an holistic approach. This is what Alusta aims to capture – the holistic nature of P2P. But taking an holistic approach doesn’t mean you have to do everything at once and Alusta accounts for that allowing individual components to be selected in isolation as required.

Alusta isn’t a purchase to pay panacea – in fact most of the functionality it promises are still in the pipeline. There is still quite a bit of “vapor” but based on the great stuff that has already condensed into real functionality I feel confident that the promises will be delivered.

The mobile app for example that puts workflow in the hands (literally) of approvers – not just so that they can approve expense from the golf course – will be an invaluable tool where the working environment doesn’t lend it self to desk based processes.The enterprise wide workflow and supply chain finance visibility is what the future looks like and the incorporation of social it truly 21st century.

Alusta is Basware’s get out of jail card. With so many new comers poaching on their turf, it’s critical for Basware that they retain the agility needed to continue their success going forward. SAP and Oracle are just too big for that and one or two of Basware;’s competitors seem to lack the commitment or the vision to keep up.