The Post Office – the most compelling business case for e-invoicing

New York – the lights, the excitement, the glamor, the Post Office. A compelling argument for electronic invoicing. 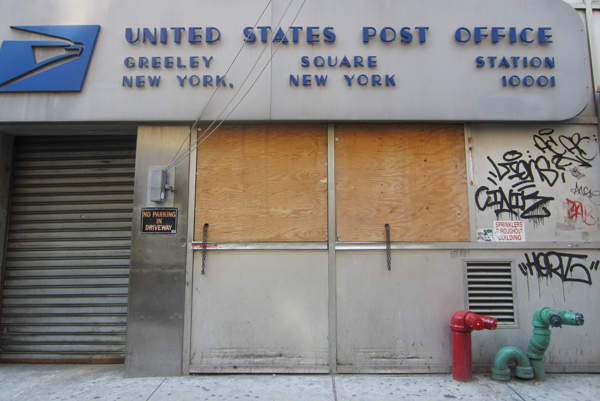 This Post Office in the heart of Manhattan – one of the busiest and commercially vibrant cities in the world – is open for business. I stood in line for 45 minutes to buy a stamp.

There’s lots of ways to look at the business case for e-invoicing. Just look simplistically at the potential savings in stationary. Whether using the free-to-suppliers networks like Tradeshift and Taulia to the other networks like OB10 and Basware who charge a nominal amount to send e-invoices – even Ariba whose charging model is based on a percentage of the value of an invoice – they are all cheaper than sending invoices on paper.

But the business case is actually much stronger than that. Getting invoices delivered electronically – and remember invoices are critical business documents – allows a finance and procurement function to deal with them automatically and efficiently. This reduces time spent, it reduces errors and it puts a business in a position to pay earlier. Not to pay early necessarily but in a position to pay sooner. It gives them thinking time, options.  It’s like a quarterback receiving the ball 2 seconds before the opposition hit him instead of just a split second. It puts a business in control.

But the most compelling argument of all is the Post Office like the one I visited in New York last week. Just look at it. That represents the business world that runs on paper. If that truly represented a business that fits comfortably in the modern world it would look like it could support 21st century business processes – not look like a run down soup kitchen.

I don’t want to be too harsh on American Post Offices. They’re the same the world over – crumbling artifacts of a bygone age. UK post Offices are no exception. If you want to show your grandchildren how to have fun without those new fangled computer games, you can go into my local Post Office and buy them a game of Snakes and Ladders. Only last week I saw a game of Ludo in the Post Office for only 2/6 and there was also a handy ready-reckoner that would tell me how much that is in new money.*

Why do we cling on to the old ways? Is it out of a sense of misguided loyalty to traditional ways of doing things? Red pillar boxes may look great on the streets of London, so do the iconic red telephone boxes but these are monuments to the past not our key to the future.

A business that is not already embracing electronic invoicing is a business that is facing the wrong direction. There are many traditions worth preserving but sending pieces of paper in the post isn’t one of them.

*For younger readers, 2/6 is shorthand for 2 shillings and 6 pence, a form of currency not used since 1971 and for a game of Ludo, a very fair price.