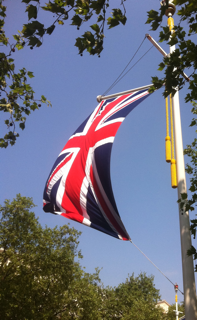 Posted at 04:58h in Electronic Invoicing, P2P Europe, Purchase to Pay by Pete Loughlin
1 Like
Share
Those following developments on electronic invoicing will be very familiar with the news from earlier this year that the rules in Germany are about to be relaxed. From 1st July 2011 the technical requirements imposed on the use of electronic invoices in Germany will be abandoned. Great! But so what! What's so important about Germany? Let me explain why it's important.
Read More

Posted at 17:02h in e-invoicing, Electronic Invoicing by Pete Loughlin
1 Like
Share
Here's two tips on how to build a business case that won't succeed. First, base the benefits on efficiencies delivered, headcount reduction or anything that isn't cash. Second, expect people to trust you.
Read More

The press releases from Iron Mountain recently raised a few eyebrows amongst the e-invoicing community. The announcement that they were to set up a 500 person strong unit in Europe to offer e-invoicing services to business was met with some surprise. Well, it seems, according to a source close to what is going on, that the U.S. based firm, known for it's traditional archiving offering, is coming to play in the relatively mature e-invoicing market in Europe with its eyes wide open. We understand that Iron Mountain will be bringing a number of products to the market, underpinned by a strategic alliance with Basware, one of the leading, established e-invoicing players.
Read More

Posted at 07:44h in Electronic Invoicing by Pete Loughlin
1 Like
Share
There is plenty of anecdotal evidence that 2011 is a big year for e-invoicing. Some new research published by Billentis reveals the scale of the anticipated growth in Europe.
Read More

Posted at 13:31h in Electronic Invoicing, Procurement Software, Purchase to Pay by Pete Loughlin
1 Like
Share
Tradeshift, the new kid on the e-invoicing block, is making itself conspicuous by offering free electronic invoicing. But there's more to Tradeshift than a headline grabbing feature like that and no-one should dismiss them as too good to be true.
Read More