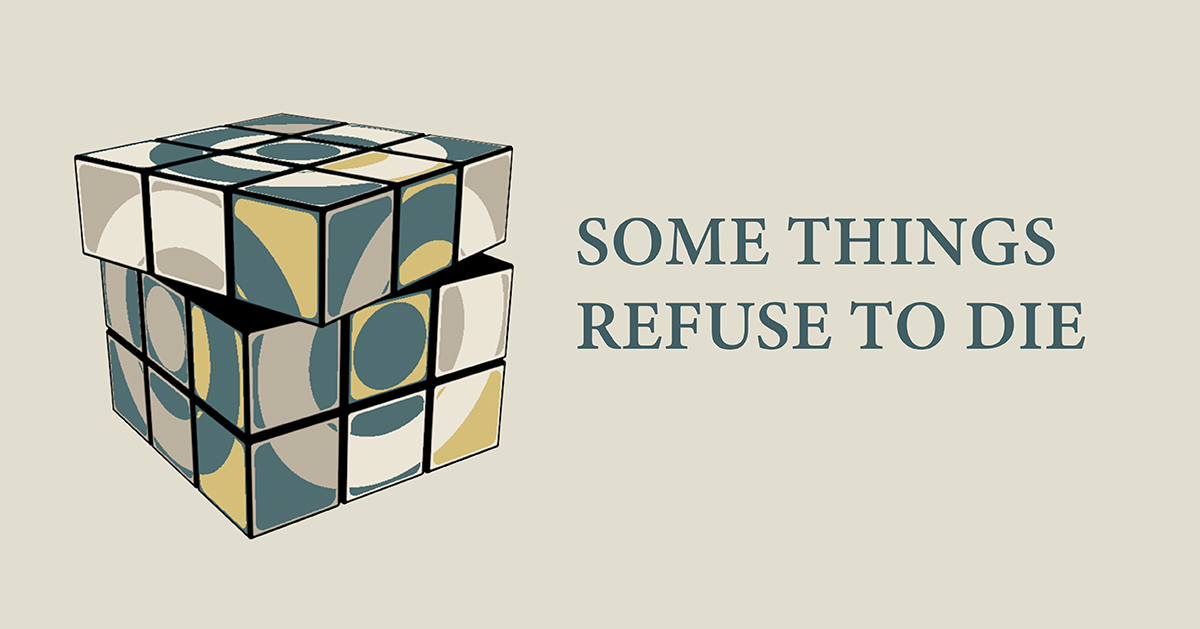 Posted at 06:37h in OCR by Pete Loughlin
Tweet

Vinyl records, Rubik’s cube and OCR. They shouldn’t be here in 2021 but they won’t go away. Which says as much about these three things as it does about my ability to predict the future.

It’s not just me though. The demise of Vinyl was predicted with such certainty in the 80s but I am not alone in having more vinyl records from back in the day than I have CDs – and they’re in better condition and I have something to play them on – unlike my CDs. I have never owned a Rubik’s cube never mind learned how to solve the puzzle. I remember it is a passing fad in the 1970s – but it never passed and I am now lost in admiration when I see young people solving the cube behind their backs in seconds. This wasn’t supposed to happen – and neither were we supposed to be using OCR to manage invoices over 20 years after electronic invoices were developed.

We weren't supposed to be using OCR to manage invoices over 20 years after electronic invoices were developed.

Leaving aside the history lesson about EDI, the form of electronic invoices that was in use as far back as the Rubik’s cube, e-invoices as we know them today emerged with other internet-based supply chain technologies during the dotcom boom. The promise was that paper documents would rapidly become archaic and since that time, I have been evangelising a world where human hands and eyes would only be required to manage exceptions.

But paper invoices won’t go away and OCR technologies are becoming more sophisticated and increasingly embedded as synergies with RPA and AI find traction. I’ve reluctantly come to the conclusion that the predictions of the demise of paper-based business processes – certainly in the world of invoicing but also generally – were premature at least, if not completely wrong.

Predictions of the demise of paper-based business processes were completely wrong.

It was apt that I got this moment of clarity at the opticians. I was getting a new pair of specs when I saw that my notes going back more than 20 years were all recorded on paper. Despite that traditional approach, I did need to sign my records ‘electronically’. But because of some technical issue, I had to add my signature using a mouse on a desktop computer. Do you know how impossible that is? The best I could do was to create a squiggle that was impossible to interpret as my name and just as impossible to reproduce. This is a perfect example of trying to squeeze a process designed to be used with one technology – pen and paper – into a very different technology – the computer. And why? Because centuries of legal precedent says we need a signature. In this case, the paper process was not only charming, familiar and reassuring – it was working far better than its modern successor.

e-invoicing has its place – it has had its place for longer than most people realise. There are specific industries and specialist supply chains that are driven very effectively by automated financial transactions. When there are few variations, when things are predictable, automation of business transactions works brilliantly but there will always be a substantial volume of procurement transactions that don’t fit into the straight lines and the uniformity of a ‘SpendCubism’ world.

The world is analogue. This is why OCR won’t die. Together with technologies like RPA and AI, it helps to deal with the world as it really is not how we’d like it to be

For decades we’ve expected the world to change to fit our technology. We expect suppliers to send electronic invoices so we can leverage our investment in IT. But while it makes sense in many cases, the benefits case is far from universal.

The world is analogue. This is why OCR won’t die. Together with technologies like RPA and AI, it helps to deal with the world as it really is not how we’d like it to be.