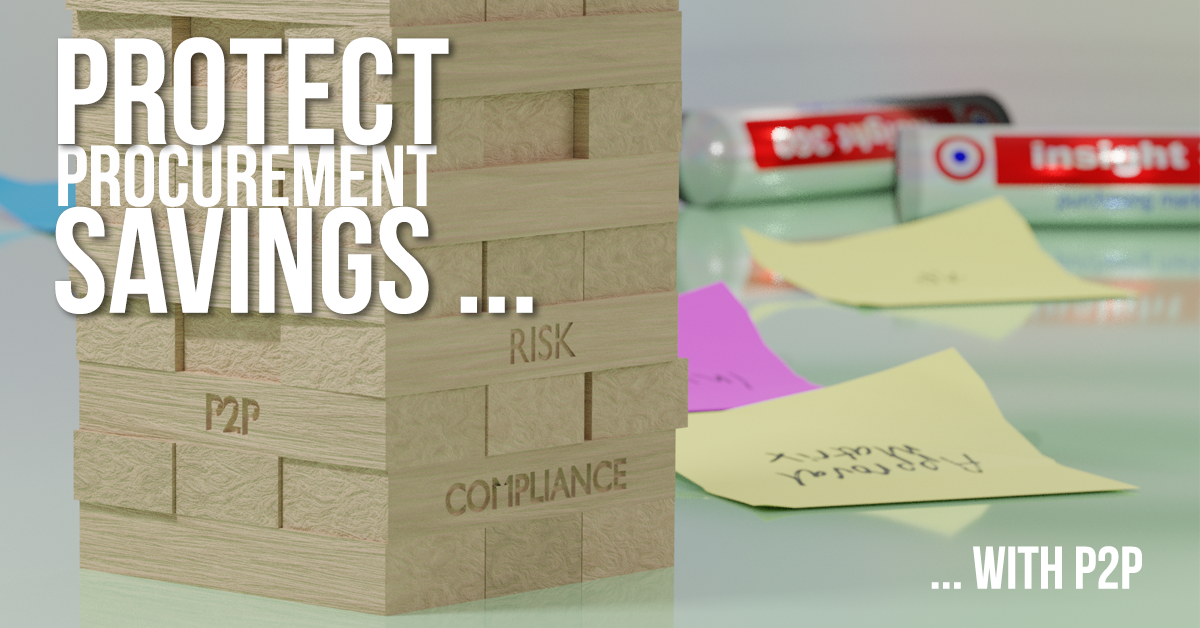 Posted at 11:32h in Compliance, Purchase to Pay by Pete Loughlin

Purchase to Pay compliance and vendor risk management aren’t always seen as part of the same Venn diagram and as a consequence, many businesses could be missing a trick.

More often than not, they are overlooked – seen as a “nice to haves” and an unwelcome distraction from the important work of managing spend. But buyers need to wise up to the critical importance of compliance and risk management. It’s all very well to claim credit for a €1m contribution by negotiating a 10% cost reduction on a €10m spend but that’s only going to be a commercial reality if you have 100% compliance to contract. In other words, if 100% of that category is purchased from the new preferred supplier. Indeed, the formula for cost saving should always clearly factor in not only the % saving on annual spend but also the contract compliance achieved.

Delivering actual, tangible savings to the balance sheet as opposed to claiming theoretical benefits is what separates the men from the boys in procurement.

This is the business benefirt of P2P. It isn’t just about making process efficient and audit proof it delivers and protects significant procurement savings.

This isn’t just theory, I’ve seen it many times. Here’s a real illustrative example: a bank that spent in excess of €250 million per annum on contingency labour. With that spending power, they were able to get margins down to levels that the supplier was barely able to make a margin on. The CPO was a hero of course, delivering massive saving s to the bank. But there were three key areas that were overlooked. Compliance to contract; Purchase to Pay Process and vendor risk management.

Secondly, look at the purchase to pay set up. P2P is all about recognising that professional purchasing doesn’t stop at the signature on a contract. It’s about making sure that everything is in place to ensure that the commercial benefits are actually delivered. That includes provision that the contract runs properly and that the supplier gets paid to the terms agreed. Managing €250 million of invoices is non-trivial and when you have a contract that is balanced on a profitability knife edge, there is no room for late payment. Without robust P2P processes in place, a fragile contract is put at risk. Compounding a barely profitable deal with late payment problems could make all the difference for the supplier.

So, in reality, what happened? The contract lasted 6 months. The bank was hopeless at paying on time – partly through strategic incompetence but mainly because the terms offered were unworkable without a fully automated end to end P2P system. The supplier was losing money and could not tolerate the risk of continuing. For the bank, they were faced with the task of switching €250K worth of contingent labour in a timescale of 3 months at a cost that all but negated the savings promised.

The lessons are clear. Take P2P compliance seriously and recognise vendor risk management – not just risk assessment – as a key spend management tool. Ensure that the correct purchase to pay processes are in place so that contractual commitments – including promised spend and payment to terms can be delivered.