Liar, liar, pants on fire – calling out corporate values for what they are 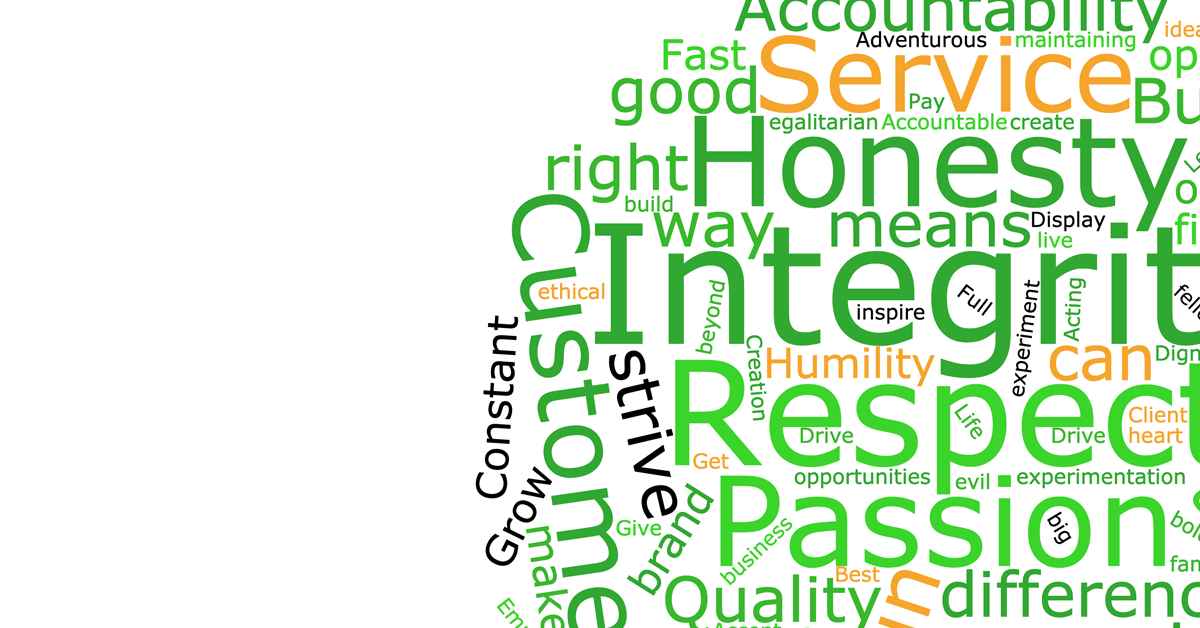 02 Jul 2020 Liar, liar, pants on fire – calling out corporate values for what they are

Posted at 10:35h in The Rest by Pete Loughlin

You know the movie Liar Liar? Imagine something mysterious happened and all companies’ value statement suddenly stated the truth. Their websites, their literature, their promotional videos – for 24 hours the values of all companies reflected accurately the values that they live in reality.

“Lies, bullying and theft – the three core principles of our business.”

Whoops – have I said too much?

Lies, bullying and theft – the three core principles of our business

I’m not supposed to say this. It’s like a secret handshake – an unspoken understanding like the knowing wink between the initiated who know that the corporate values that take pride of place on the corporate website are bogus.

New employees, full of enthusiasm with an appetite for corporate codswallop, love value statements. They validate their choice of career and make them feel like they’re doing something important for the world. Phrases that include words like “transformational”, “empowering” and “innovation” with a smattering of something about accountability, courage and respect – what’s not to like about it. But the more I look at companies’ values statements the more they look like horoscopes – a string of general truisms that everyone can get behind. It makes you feel good but it has nothing to do with the truth. Little more than integrity by association, they are like politicians that have selfies with Greta Thunberg – it looks awesome but it doesn’t make you as great as Greta.

The evidence of the corporate values delusion is plain to see. I’m not sure if the world of procurement and supply chain gives a privileged view of corporate double speak but when I see companies’ value statements and compare them to the reality – it’s like spotting a not-so-secret inside joke.

Take some common place commercial behaviours and let’s test whether they stack up to any common sense understandings of three of the worthy aspirations encapsulated in many corporate value statements: integrity, honesty and respect.

Like politicians that have selfies with Greta Thunberg – it looks awesome but it doesn’t make you as great as Greta.

Payment terms describe how long it takes to pay a supplier for goods or services. Increasingly, large companies extend payment terms. In other words, they don’t pay suppliers. Well they do – eventually. Often, they go further and simply refuse to pay or demand rebates for “marketing” that is never delivered or “loyalty” that is fake. The shorthand for this behaviour is theft.  Big companies can do it because they are more powerful and because they can afford expensive lawyers. They seek to defend such practices as industry convention. Without it they claim, they couldn’t remain competitive. Retailers explain that squeezing suppliers on price and payment terms is all about giving customers the best possible value for money when really, it’s about giving shareholders the best possible return.

Business is business right? But lies are lies – unless of course it is merely spin.

Now I have to say, I have no problem with spin. Positive mental attitude is a form of spin. Count your blessings, every cloud has a silver lining – they’re forms of spin. It’s OK so say that there is no cheaper product than yours. It doesn’t mean yours is the cheapest. Your product could be exactly the same price as every other product on the market.

And what about the word ‘cheap’ – it sounds so much better when it’s replaced with ‘great value’ or ‘inexpensive’. Spin is a positive representation of the truth. It is the responsibility of the buyer to determine whether a product is fit for purpose and they should be able to interpret positive spin for what it is. But the principle of caveat emptor doesn’t make lying OK. And it does not make a lie the truth. Spin isn’t a lie but lies are lies and regrettably, deliberately misleading is as common place in business today as it is in politics.

So much for honesty and integrity – what about respect?

When I was at school, we all bullied each other. (Those were the days!) I was a bully and I was bullied but we did it in a good way. No-one ever got hurt and there was no lasting damage to anyone. In fact, it made us tougher – able to deal with the big wide world.

Part of me actually believes this nonsense but the better part of me recognises that this defence of bullying is as stupid as saying “we survived the war, we can get through anything”. (News just in – many didn’t survive the war.)

In truth, I never actually saw much bullying at school – we were lucky. By and large we were quite nice to each other. And when I entered to business world, I didn’t see too much either. But when I did, I was shocked. Over time, I grew accustomed to it. It never became acceptable but I saw more and more of it especially as I mixed with people at more senior levels. I’m not revealing any corporate secrets to point out that bullying – very severe bullying – remains rife in many corporate environments. Indeed, it’s encouraged. To be a bully is seen as being strong, hard, uncompromising, determined. Everyone knows it is a reflection of unsophisticated management style but if your generals get results, you don’t care how they do it so executives turn a blind eye.

Bulling isn’t acceptable. To be known as a bully is not a good look and it is certainly not good for a business to be seen to value bullying as good corporate behaviour.

The thing is, most companies do make earnest attempts to live their values and bad behaviour is often no worse than the behaviour of their peers. More often than not, their behaviour is conventional if not commendable. The problem it seems to me is that corporate conventions stink. Late payment may be an accepted norm but it doesn’t mean it should be acceptable. So called tough management may get results but in any other sphere, bullying would be called out and lies, whether in business or politics, should never be OK.

Bad corporate behaviour is normal – and that’s what’s wrong – it shouldn’t be normal. And it’s not the corporate bad behaviour that we need to address – it’s the conventions that make it acceptable were need to tear down.

And the fact that bad behaviour exists doesn’t mean that businesses shouldn’t aspire to live the values they publish – it’s better to fail to live the values you try to adopt than not have any values at all. But let’s face it – most contemporary corporate value statements are complete bullshit.