Supply Chain Finance in the spotlight following the collapse of Greensill 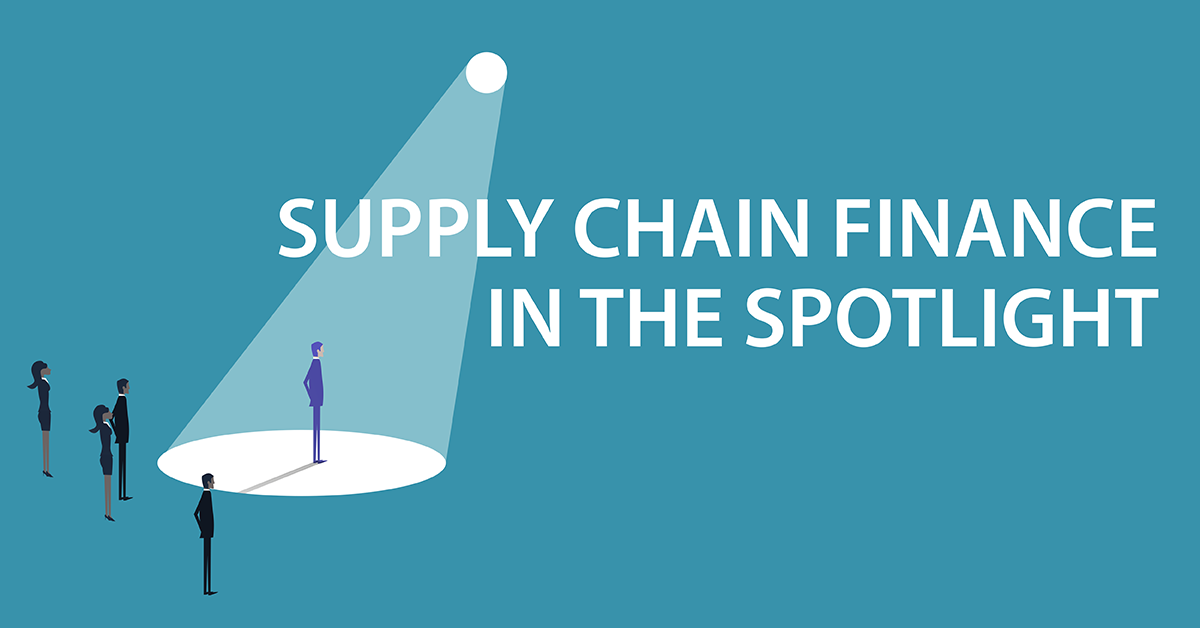 For a decade, Greensill has built a business out of allowing big business to thrive whilst not paying their bills. Greensill provided the bridge, allowing smaller suppliers also to thrive by paying them promptly from funds lent to their big customers. There’s money to be made in creating these win-win supply chain finance (SCF) deals and Greensill packaged these deals in tidy bonds to attract considerable investment. Underwritten by insurance to guarantee that the loans would ultimately be repaid, these bonds represented a safe way of getting a better return on cash than bank deposits. What could possibly go wrong? Apart from insurers withdrawing their cover of course.

Greensill has built a business out of allowing big business to thrive whilst not paying their bills. What could possibly go wrong?

Every set of circumstances is unique and every bankruptcy is a tragedy. To hear of Greensill’s woes is sad and I feel for the individuals who lose their livelihood and for the people who will suffer numerous, considerable knock-on effects when a business fails. Greensill’s collapse has brought supply chain finance into the spotlight and regrettably, it’s not a pretty sight.

Greensill’s collapse has brought supply chain finance into the spotlight and regrettably, it’s not a pretty sight.

Perhaps I look through a slightly less tolerant lens post COVID (is it too early to say that?) but just as I can see vulture journalists with their eagle-eyed hindsight rush to rake the rotting remains, so I see the apologists for SCF looking to salvage some dignity from a business whose reputation is often little better than sub-prime mortgages or payday loans.

Remember when people said pay day loans had their place? The concept of borrowing against your monthly pay cheque to cover a short term cashflow is great – especially for someone who would have difficulty getting traditional credit. To borrow £200 to get a car fixed that takes you to work makes perfect sense if you can earn £500 that would otherwise be lost. A cost of credit of £50 for a few days is well worth it even if the interest rate is astronomical. Yeah, right. Altruism was the motivation for the billions that was invested in payday loans wasn’t it? Or was it the opportunity to make a great deal of money? And wasn’t the amount of money investors make proportionate to the amount people borrowed? And didn’t it all go terribly wrong?

Like payday loans, the altruism use case for supply chain finance is simply the lipstick on the pig. I’m told by very reliable sources that financial institutions are only interested in such schemes when there is a very large amount of money to be made. Afterall, they’re not charities.

I see the apologists for SCF looking to salvage some dignity from a business whose reputation is often little better than sub-prime mortgages or payday loans.

But the profit motive is not grounds to condemn. At its best SCF is a sound business practice that resolves a very common problem and it can open up opportunities that would simply not be possible without it. But let’s not kid ourselves. SCF is first and foremost a vehicle to make money. Putting it simply, big business pays late. It does so because it can and in doing so it gets a cashflow advantage. But it also creates a supply chain risk. Suppliers need cash flow too and SCF offers to bridge that gap making prompt payment easier. There are simple solutions to this problem. Why not simply pay earlier? By all means demand a discount to cover costs and indeed, suppliers will be happy to charge less for early payment. (This arrangement is sometime called dynamic discounting.)

Or, you could make it complicated and, to be fair, the business world is complicated. There are shareholders and accounting conventions and a spaghetti Bolognese of vested interests that conspire against simple solutions.  And this is where it gets interesting. The more complex it becomes, the more suspect we should be. If we want to know what the motivations are for any business – cut through the complexity and follow the money. Who is promoting SCF and why? Is it well-meaning pressure groups calling for on-time payment? Is it not-for profits campaigning for fair settlement terms? Is it progressive governments promoting fair play for small business? Or is it big banks and financial investors looking for a turn on their money?

Painting a picture of charitable support for hard pressed Mom and Pop firms is disingenuous when the reality is that there’s money to be made from reducing payment terms – not by simply developing easy automated ways to settle bills quicker but by extending the terms first, then charging suppliers to get them back to where they were in the first place. This is how many supply chain finance schemes have been run and they owe less to getting suppliers paid promptly and more to forcing loans on to suppliers whose arm is twisted by their powerful customers.

It is in all of our interests for supply chains to run smoothly we can’t afford glitches. It benefits the economy when businesses can access credit whether they are big business looking to optimise cash flow or small business seeking to be paid promptly. SCF is an important tool. A bridge between two cities or a tunnel between two countries allows everyone on both sides to thrive. But should it be propped up by private financial interests? Should it be possible that a vital trade route be blocked because the insurer finds it uneconomic? And does it tell you that something is wrong when convoluted and fragile financial products and accounting constructs are in place providing critical supply chain infrastructure in major industries?

Let me be clear. I know no more than I read in the press about Greensill. That situation is unique. It relates more the withdrawal of credit insurance than any specific malpractice as far as I can see and while I would not wish to comment much less judge, the German authorities have raised concerns enough to want to bring Greensill’s German bank to court to answer questions relating to creative accounting. This doesn’t mean all SCF is bad of course but to quote Michiel Steeman, Professor of SCF no less, “once you are on the hook of journalists there is not much time to clean the house”. The writing is on the digital wall all over the financial press.