e-invoicing market has peaked according to new research

Posted at 14:02h in e-invoicing, Electronic Invoicing, The Rest by Pete Loughlin

The number of e-invoicing operators in Europe has now peaked and we’ll see a reduction in numbers from this year according to Billentis.

There’s about 500 operators in Europe ranging from the giants like Basware, OB10 and Ariba to some of the smaller, specialist and local players but according to Bruno Koch, one of the most respected commentators in the field, that number will diminish in the future.

Is it all about consolidation? Not according to Koch. In his latest International Market Overview and Forecast he describes some of the market conditions that will cause this contraction. Of course consolidation will play it part but in addition other factors such as price erosion will also feature.

The report describes how, in France and Norway, operators are already seeing profit but in other markets such as the UK, profits are more elusive. As the larger and profitable operators enhance economies of scale as they continue to grow they could squeeze the weaker players out by reducing prices. 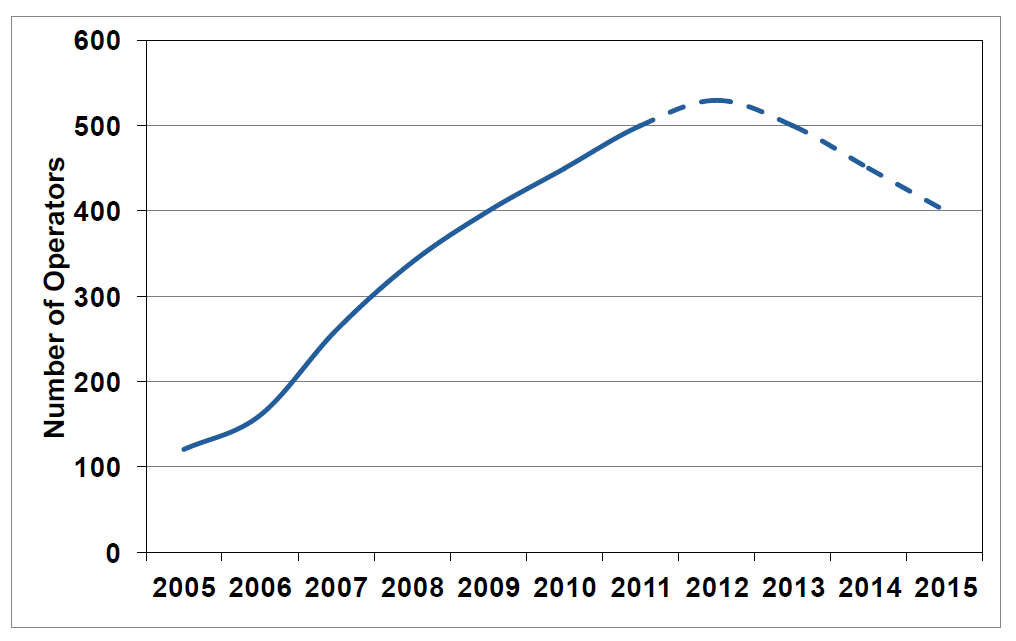 Billentis: e-invoicing market will peak in 2012

Reduction in numbers does not mean a peak in the e-invoicing market generally. Indeed, the report predicts further strong growth in transaction volumes and revenues.

The summary report is available free here and further details are available in “E-Invoicing / E-Billing 2012 – Opportunities in a challenging market environment “ direct from Billentis.