Posted at 07:44h in Electronic Invoicing by Pete Loughlin

There is plenty of anecdotal evidence that 2011 is a big year for e-invoicing. Some new research published by Billentis reveals the scale of the anticipated growth in Europe. 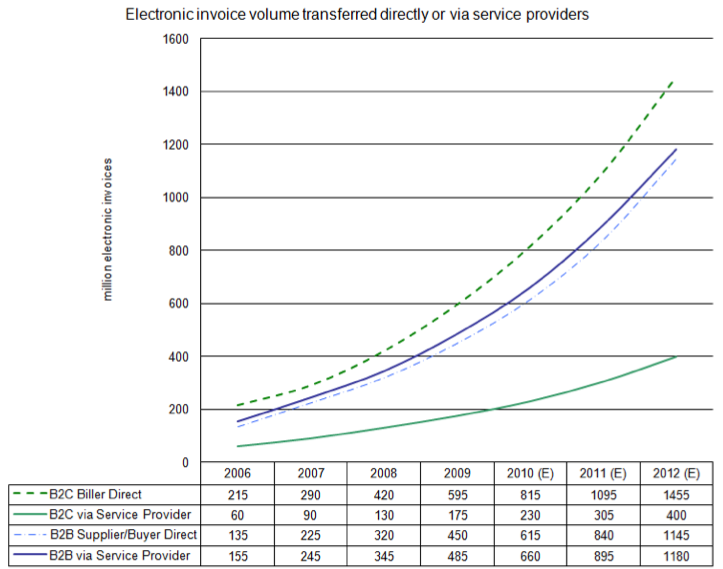 Both in the business-to-business (B2B) and business-to-consumer (B2C) spaces, exponential growth is predicted in 2011 and 2012. e-invoicing between businesses will grow from a relatively modest 915 million in 2009 to nearly 2.5 billion in 2012 according to the Billentis research.

Consolidation in the e-invoicing market

The provider market is also likely to grow. According to Billentis, mergers and acquisition with grow from 14 in 2010 to 25 in 2011 with major consolidation expected if the market penetration of e-invoicing passes 15%