Over the years I’ve had some great ideas. I’ve had some pretty dumb ideas too. I’ve followed through on some – both the good ones and the dumb ones but most, I have to admit, have been left as just ideas. But it still gives me great satisfaction when I get to see one of my great ideas executed perfection – by someone else.

A number of years ago, I had the great idea that smart phones could be used as purchase to pay tools. I wrote about it here. The problem of process compliance in some situations like construction sites it that it has, historically at least, been difficult to put IT solutions in place. Purchasing Cards have been tried but rather than helping to support a robust purchase to pay process they tend to remove the process entirely – the “Nuke” option. But now, everyone carries a smart phone and it’s perfectly feasible to put purchasing software in the hands of everyone, regardless of their working environment. It’s not just possible – it’s delivered, and a few weeks ago, I had the great pleasure to speak to Patrick Hopkins, CPO at Coca Cola Bottling Company to understand how they’ve implemented a Coupa solution to do just that. 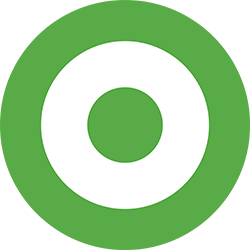 The great thing about Coupa is how they’ve taken e-procurement to the next level. First there was Ariba – Ariba is still today, a great solution 15 years or so after it was first developed. Then there was the ERP solutions like Oracle iProcurement and SAP SRM – they’re great solutions too – very easy to get wrong but when implemented properly, great. Then came Coupa. Into a space where there was already great solutions and they made a better one.

Because their solution is a cloud solution (a real cloud solution rather than a hosted solution) and because they charge on a usage basis, they share project risks with their customers and they share in their customers’ success. But perhaps the thing I like best about their cloud architecture is their ability to put P2P everywhere. That’s what Coca Cola Bottling Company have done. Wall to wall P2P – or should that be W2WP2P. (Note to self – charge Coupa if they ever use that.)

To understand what Coupa have delivered to Coca Cola Bottling you need to understand a little bit about their business. Many of their employees don’t have an office base and work mainly out on the road. They need a wide range of products and services especially point of sale items like promotional material, price tags, racks and so on. Previously they had Purchasing Cards but spend visibility was lost. Now with the Coupa deployment, they can give their people P2P on any platform – desk top, iPhone, Android device – Patrick told me he accesses the system on 4 different devices depending on where he is.

Coupa went live at Coca Cola Bottling in December 2012 and already the feedback from the several hundred users that have access is very positive. Because assigning the correct accounting coding is now done automatically with the users having to know nothing about it, the spend analytics are straight forward.

Using smart phones to deploy P2P more widely was a natural evolution and by using solutions such as this from Coupa, it’s now possible to deliver a compliant process anywhere – on a construction site, in a truck, at a chemical plant or on a farm. But of course what is most important is that the savings that robust P2P processes deliver in terms of greater contract purchasing and reduced risk, can be delivered everywhere.