Basware Purchase – we never knew it would be like this 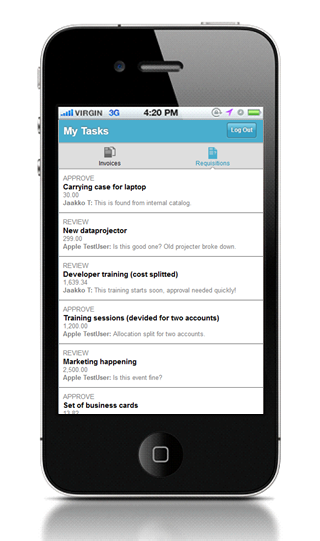 I wish I’d said that but Bill Gates thought of it first. It’s an often quoted piece of Gates wisdom from his book The Road Ahead and anyone who has observed technology for more than 10 years will recognize this phenomenon.

It was a decade and a half ago that we overestimated e-procurement. We said it would eliminate maverick spend, encourage compliant behavior, provide better spend analytics that would facilitate better decisions and save money. The user experience of buying in business would be as easy and intuitive as home shopping. That vision didn’t materialize – not immediately in any case. It was harder than we thought. The technology infrastructure we were using wasn’t up to the challenge and the theoretic results that we put so much store in didn’t play out in practice.

That was then and this is now. We overestimated what could be achieved in the short term but did we underestimate the long term view? Sure we did. Reading the press release from Basware this week launching Basware Purchase it’s like reading the predictions of 1997 – the same promises, this time being delivered, but in 1997, we never thought we’d have a full functional procurement app in our pocket.

Device independent enterprise applications that deliver all manner of business solutions are big business. BYOD is becoming the norm. We had great hopes of e-procurement but we never dared to imagine that a manager would be able to approve a purchase requisition, on his phone, while on a plane.

But what makes Basware’s suite of products truly exceptional is their heritage. Basware isn’t a young excitable start-up that is merely leveraging new technology to reinvent old ideas. Basware Purchase comes as part of the fully integrated and mature Alusta P2P platform. The look and feel of the platform is as slick as it is sophisticated. We reported on the new analytics suite from Basware recently which takes full advantage of contemporary data visualization techniques to make the user experience intuitive and Basware’s ability to remain contemporary is winning them business. A few days ago they proudly unveiled a deal with NBCUniversal Media LLC, adding, they said “one more significant name in the media and entertainment industry to our customer list”.

Basware have survived the decade or so it’s taken to realize the P2P vision and, remarkably, they’ve done it without any significant visible signs of aging. There’s a few of their competitors that wish they could say the same.