Posted at 07:00h in Supply Chain by Pete Loughlin

Startups and young businesses thrive when their people do their jobs because they want to change the world, they want to get rich or they want to do what they love to do. But as they grow, founders execute their exit plans, hopefully happily, and the accountants move in. The business drivers change. The raison d’etre becomes about numbers and regulation. They’re either fixated on quarterly earnings figures or obsessed with compliance. They get third parties in far flung places to run their back office, even core business activities get outsourced and offshored. The business stops being about the hopes, dreams and ambitions of its people. They even outsource them.

The ghost of Christmas past 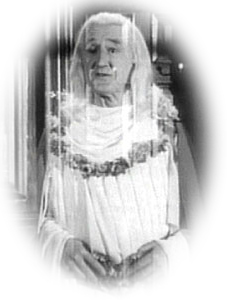 Outsourcing and shared services centers where the vogue of the turn of the century. It was a frenetic time. The nouveau rich in the Indian sub-continent, once thought of as the third world, was able to provide some of the brightest IT people on the planet at a cost that the so-called developed world couldn’t match. Some of the largest and most successful IT companies grew out of that heady time. The dot com bubble was about to burst and for the big consulting firms looking for their replacement for the Y2K banquet, the outsourcing and offshoring opportunity proved irresistible. And why not? The business case was compelling. Centralize your back office functions and put them somewhere where you can secure the best talent in the world at a third of the cost. And why stop once you’ve outsourced your non-core activities? Why not move your core business out too? What could possibly go wrong?

The ghost of Christmas Present

Things didn’t go quite to plan. The outsourcing savings were delivered but as more and more businesses jumped on the band wagon the laws of supply and demand kicked in. For back office functions like accounts payable, the attrition rates in places like India today are, in some cases, simply unsustainable. The Philippines is catching up, as is Eastern Europe. The labor arbitrage game is leveling the playing field. Manufacturing outsourcing had delivered huge savings of course and it’s delivered a global economy stronger than anyone could have dreamt 50 years ago. But there are increased concerns about of labor laws in the far East and these concerns are helping to sour the reputation of one time heroes of the technology revolution of the early 21st century. Apple, the largest corporation in the world, the stereotype for global manufacturing, isn’t as cool as it once was. And that’s a big deal because “cool” is its most important asset.

The ghost of Christmas yet to come

The massive earthquake of 2020 that decimated the manufacturing capability of China caused a  tsunami that put South East Asia back a century and a half. Although dwarfed by the human tragedy, the impact on the economy of the West, unscathed by the geological impact, was no less dramatic. Unquantifiable amounts of inventory was lost and supply chains, the life blood of many western businesses, were irrecoverably lost overnight.. It seemed that a critical mass of manufacturing activity, IT and back office know-how had been shipped out to the East. There had been no contingency for an event like this.

There had been warnings. Volcanoes and earthquakes had already disrupted global supply chains but for most CEOs, a major disaster was unlikely to occur on their watch. And they were right. Their watch would only last 2-3 years and they weren’t incentivized to look beyond that.

I have two things that I’d put on the world wish list for business ahead of most. First, change the obsession with short term numbers that encourages executives and investors to line their pockets as quickly as possible at the expense of the future and second, bring your jobs home. As the world continues to shrink we will still be able to leverage the diverse talent we have on our planet but that does not mean seeking out and exploiting labor based purely on price. We make our important team players fly on separate planes – why the hell do we put all of our manufacturing eggs in the same geographical basket?

The economic world as we know it is only 50 years old and we strive to squeeze every penny out of it. Just in time manufacturing, off shoring, over working and underpaying have all contributed to growing a hugely wealthy but increasingly fragile global economy. If you think the global financial crisis is bad, just imagine what would happen if that devastating earthquake really did happen in 2020.