A little bit of genius in e-invoicing

Posted at 12:58h in e-invoicing, Electronic Invoicing by Pete Loughlin

There’s a little bit of genius behind Tradeshift’s CloudScan. It’s not the technology. That’s actually a little bit old hat. And it’s not the commercial model – it’s free. It’s something much less obvious and simpler than that.

CloudScan allows suppliers to send electronc invoices to their customers without actually having to understand anything about electronic invoicing. They don’t need to know the message structure and they don’t need to understand the technology. They just scan their paper invoices, send them to the cloud and then verify that the cloud has read their invoice correctly.

But that’s not really innovative is it? Basware and OB10 would, I’m certain, claim that they are able to offer just as simple a method because they can accommodate any format of invoice. Even the least sophisticated supplier that generates an invoice from a spreadsheet for example, can simply send a CSV file or email the spreadsheet as an attachment.

Well it isn’t that easy and I’d like to explain with an illustrative example.

There’s a serious mistake we all make at some time or another and that is to assume that everybody works in the same way. I was once leading a change management programme that involved users using a new IT system. It wasn’t complicated but I was told that we might have issues because some of the users weren’t IT literate. Now this was in a blue-collar environment but I assumed that a modicum of training would suffice. Afterall, this is the 21st century and everyone has some level of computer literacy. But I was wrong. It was explained to me that many of the workers, mostly riveters and welders, chandlers and engine room mechanics, not only lacked IT literacy, they were not literate period. I had completely misjudged the situation.

My world is one where people sit at desks for at least some of the day. They use email to communicate and they have phones and computers on their desk. My one-size-fits-all view of the world was myopic and actually, plain ignorant.

Developing processes and systems to meet the needs of a wide and varied population of users means recognizing that they often have very different ways of doing things that you will not change. The technology needs to adapt to them not them to the technology. And this is the little bit of genius about CloudScan. 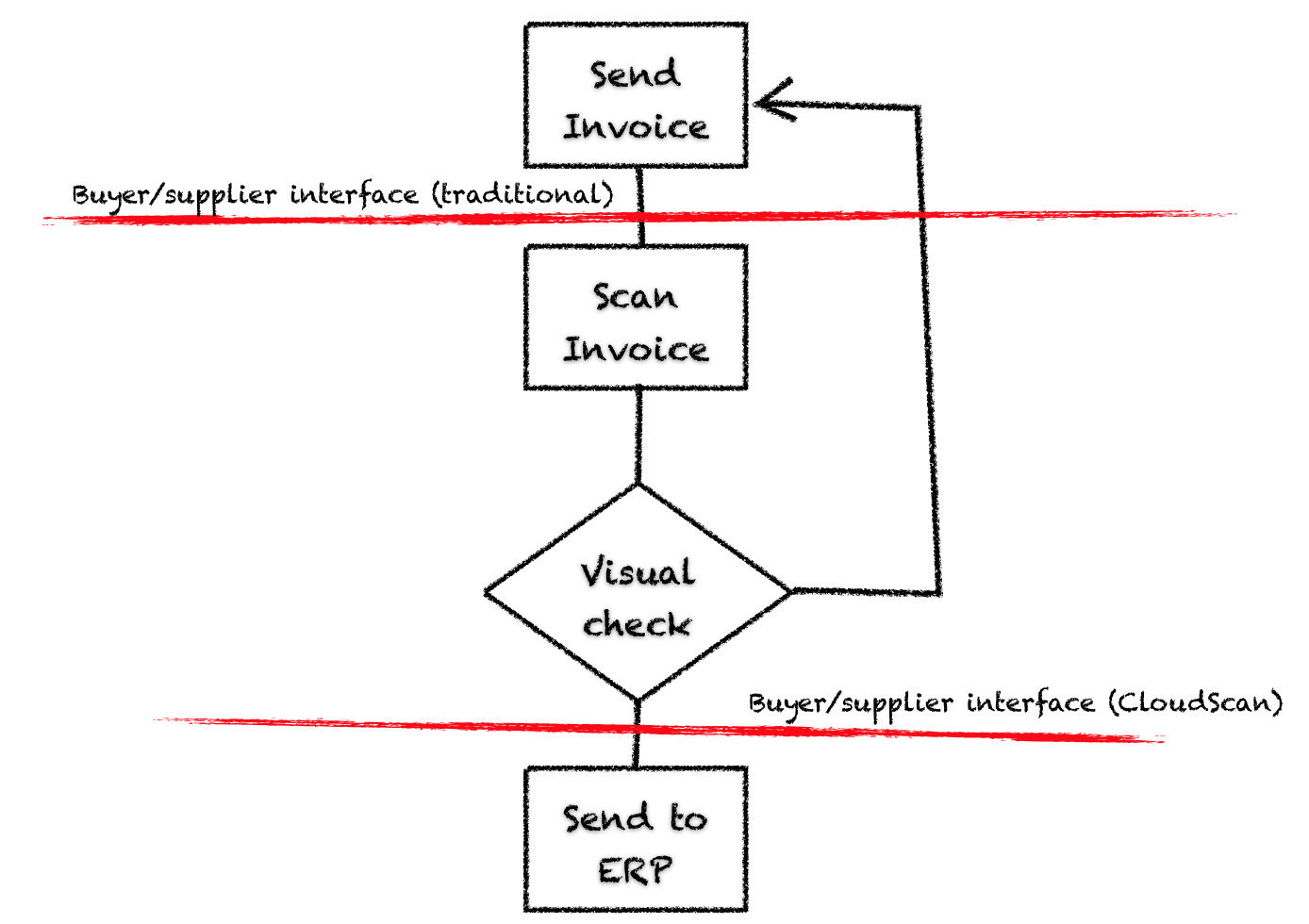 Saying to a supplier “send a CSV file” assumes a level of sophistication that simply may not be there. There will, for the foreseeable future, be a significant proportion of suppliers who will only send paper invoices – PDFs at best. CloudScan recognizes this and, rather than expecting suppliers to adapt to the technology, it adapts the technology and process to the user. But it goes further. Rather than keeping the scan and data capture task within the buyer environment, it cleverly shifts the buyer supplier interface. The supplier, without needing to develop any special skills can send validated electronic invoices directly to the buyers finance system. This is why Tradeshift claim that 100% electronic invoices is attainable.